Not Your Usual Wedding Knives 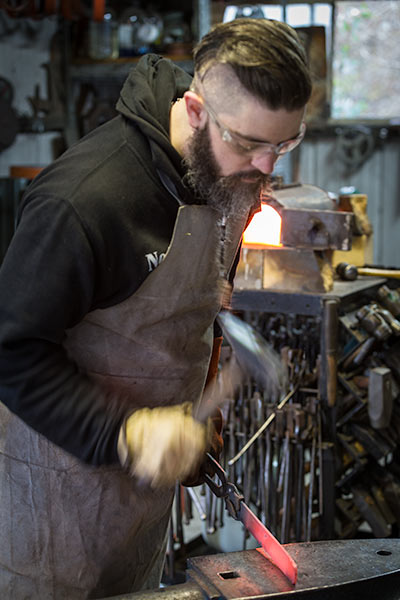 All the knives that students make at Tharwa Valley Forge are made to be used, as well as to look good. The father and son who recently attended a custom one-day one-knife course had one of the more interesting uses in mind for their knives that we've seen for a while. 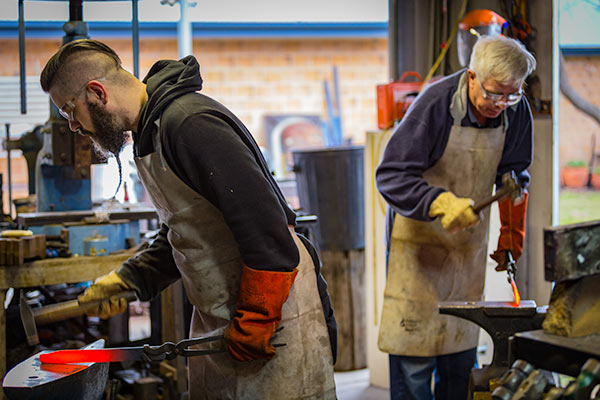 AJ is a 32 year-old Canberran who is soon to be married to Eryn. A while back, they attended a wedding that was conducted in traditional Scottish Highland style and they were struck by the powerful nature of the ceremony. AJ and Eryn share an interest in Norse mythology and are particuarly inspired by the strength of the Viking Age family unit. They both also share a lack of interest in contemporary wedding ceremonies, so they decided to have a wedding in the traditional style of the Vikings.

Eryn and AJ's wedding will feature an exchange of traditional wedding Oath Bands that are worn around their wrists, as well as contemporary wedding bands inspired by Norse mythology. In keeping with their desire to emphasise the importance of family and friends, they will be holding a massive feast after the wedding ceremony.

AJ's family is of Scotts-Irish descent, so his dad Mark will be wearing a kilt to the wedding. Given that a Dirk is customary with wearing a kilt, and that AJ was in need of a side-arm for his wedding outfit, Eryn paid for AJ and Mark to attend a special one-day one-knife at Tharwa Valley Forge. 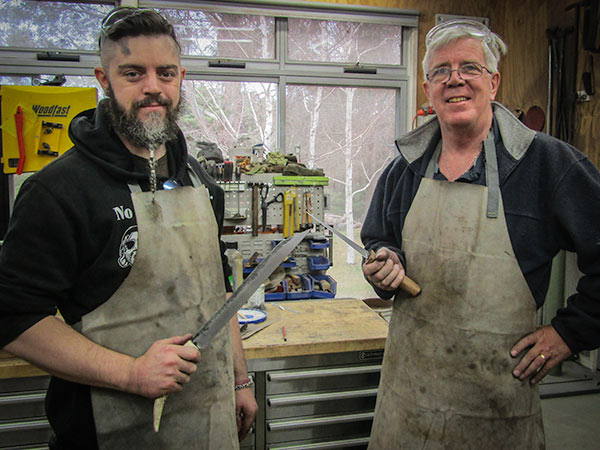 Adam worked with AJ and Mark to help them design and realise the knives they wanted. AJ settled on making a whilst Mark designed the Dirk he wanted to wear with his kilt.

AJ was quite excited to get stuck into forging his Viking blade, especially because he is quite a fan of the work of Niels Provos. Interestingly enough, this wasn't the first time Mark had swung a hammer to hit hot metal: as a school boy growing up in England he had attended Blacksmithing classes at school.

At the end of a busy day, Mark and AJ walked away with a blade each that they had designed and made. Mark will be wearing his Dirk with his kilt at future formal events, whilst AJ is keen to put his Seax to work in the kitchen following the wedding.