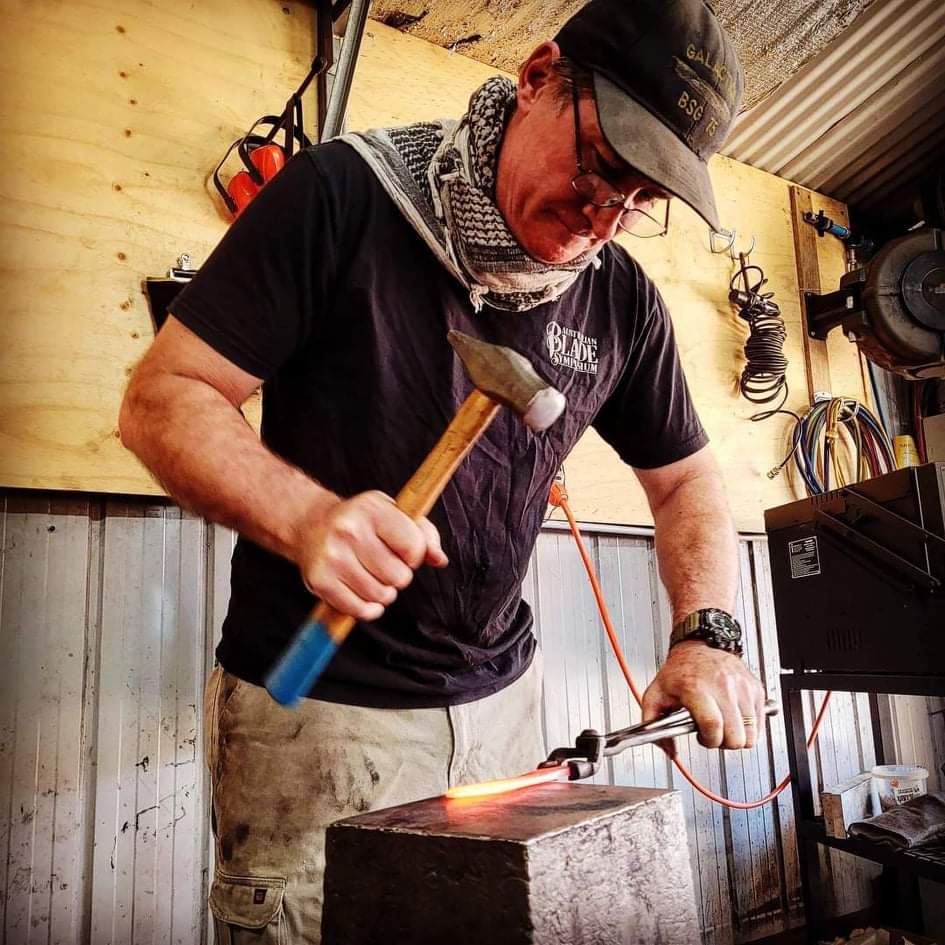 Baz has been making knives since 2012 and has a talent for being able to make anything he puts his mind to.

He is a full-time cutler at Tharwa Valley Forge and also instructs on knifemaking, blacksmithing, and metal sculpture courses.

The first knife Baz made was from a lawnmower blade, pallet wood and some copper pipe. He still uses it occasionally, because it's humbling to be reminded of his knifemaking beginnings.

Baz's knifemaking journey started with a special project. To raise money for the Starlight Children's Foundation - and to give sick kids in hospital a thrill - Baz made the world's first wearable and complete, all-steel Ironman suit. He received a lot of support from total strangers, eager to be part of a worthy cause. To say 'thank you' Baz made knives as gifts for those who had helped him out. It wasn't long before the practice paid off and Baz was able to make and sell knives, to fund completion of the suit.

Baz served in the Army and saw active service in East Timor. In 2018 he took a course with Tharwa Valley Forge as part of our Veterans & Families Maker Program. Since then he's become a valuable full-time member of our team.

You can see more of his work on his website, including more of the story of the steel Ironman suit and current project of an 8.4 metre space fighter.