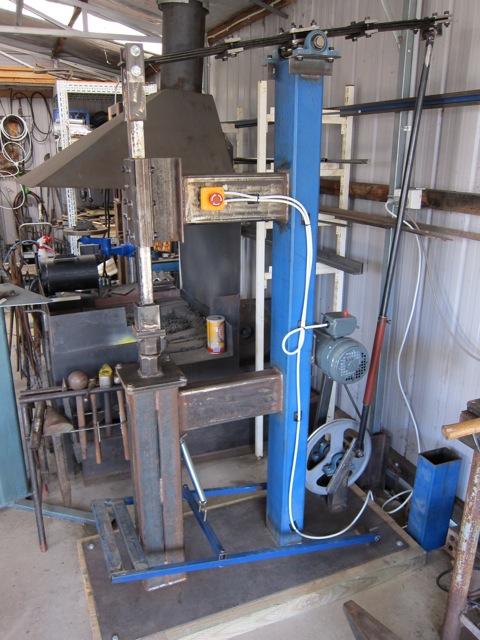 I bought the plans years ago from the Appalachian Blacksmith's Association to make my own power hammer. The parts slowly piled up as I found bits and pieces. Finally in July 2010 I stated construction. It was built over 12 days - a month of Sundays plus other days with lots of learning as I went.

I used a "Super Rusty" style, with inspiration from many other hammers on the web, but tried to keep it as simple as possible. Some statistics

It was retired in 2014 and rehomed at a forge by the sea. Still thumping strong.